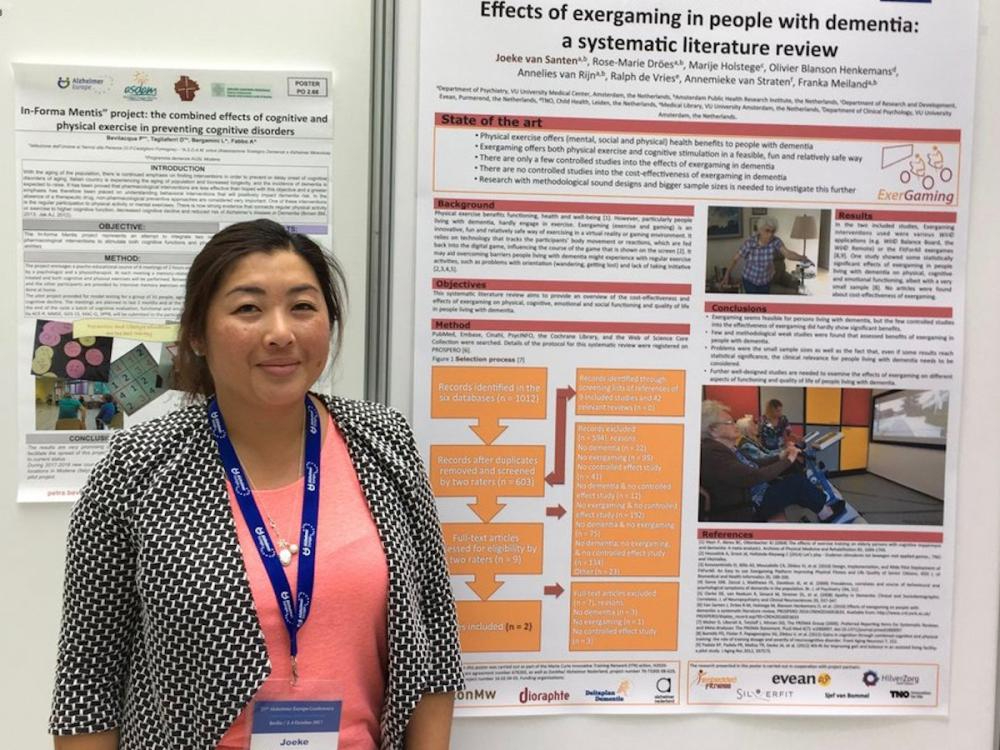 What effect does exergaming have on people with dementia?

Research shows that people with dementia do not exercise enough. It is a pity, when you know some games exist which are fun, safe, and suitable for them. Exergaming constitutes a pleasant and safe way to stay active, using exercising games in an interactive environment. Players control these games by moving.

Researcher Joeke van der Molen-Van Santen is conducting the research and works on her study in collaboration with SilverFit. During her psychology studies, dementia sparked her interest. Joeke: “Dementia is a very broad disease, with a lot of different aspects. When they get older, more and more people are getting affected by the disease, directly or indirectly. In this study, we also look at the effect exergaming has on caregivers as people with dementia will exercise more and feel better.”

Cycling in a virtual environment

“We’re aiming at people with dementia who still live at home and who visit a daycare center. In those care centers, they can choose to follow a regular exercise program or cycle with an interactive bike, at least twice a week. This latter option holds elderly people cycling on an exercise bike or a theratrainer while watching a scenic route on a screen.

Looking at the differences between the two groups of people, we will be able to evaluate the effects of exergaming."

Measuring the effect of exergaming

“Caregivers looking after people with dementia keep a journal for six months. In this journal, they keep track of how much care and physiotherapy people with dementia need, and how much they need themselves. Caregivers are first interviewed at the start of the study, then we get back to them after three and six months. We ask them to talk about their quality of life and how they experience their competence and the pressure of their job.

We also measure every three months the evolution of walking speed, balance, physical activity and the cognitive, emotional and social functioning of the participants. This allows us to get a clear image of the difference between people who cycle on an interactive bike and people who follow a regular exercise program. I expect some differences to show, but we will only be sure of that end 2019, when the study will be over.”